Low-carbon energy investment comes from a myriad of sources. The US federal government is funding projects and new technology through the Department of Energy (DOE). The DOE has funded carbon capture projects since 1997 and numerous other renewable and cleantech initiatives. Research grants along with state and local resources are pivitol in early-stage cleantech opportunities. Venture capital, private equity, and project-financing all play a critical role as well.

But what about investments from the traditional oil and gas companies?

According to BloombergNEF, 34 oil and gas companies invested over $12 billion into clean energy. The types of investments include hydrogen, CCUS, EV charging infrastructure, solar, wind, and other renewable cleantech. In 2020, nearly two-thirds of the investment was into solar and wind projects. 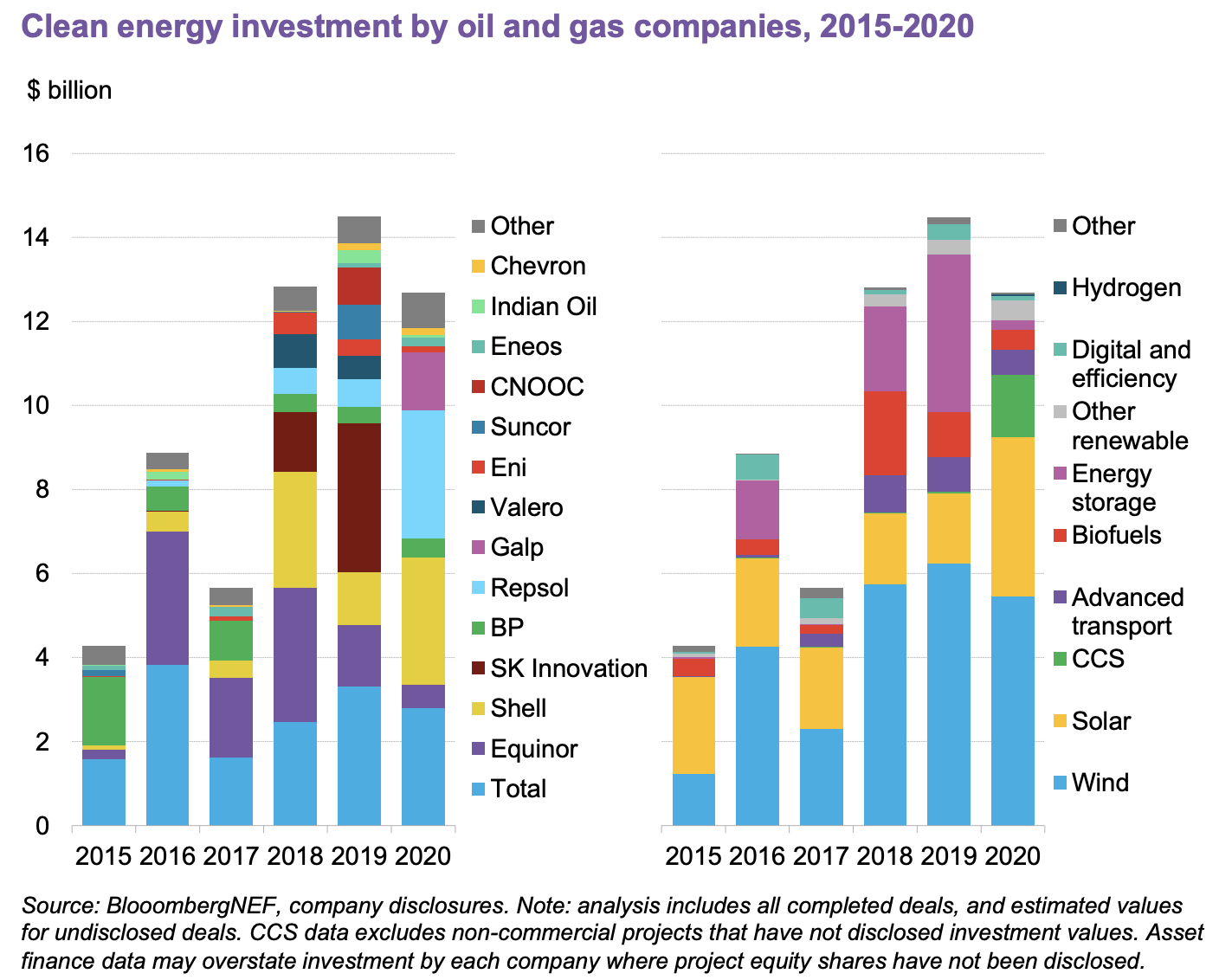 www.rigzone.com
The U.S. Department of Energy (DOE) has announced $20 million in funding for four projects working to accelerate the regional deployment ...
#research #carbon-capture

Banking Sucks, so We Made it Great. Now Let’s Fix Carbon

medium.com
Today we’re excited to announce that Pledge is coming out of stealth with the closing of a $4.5m seed round to accelerate our growth. Ple...
#carbon-pricing #emissions

www.uktech.news
On a mission to empower hundreds of millions of consumers and businesses globally to take action by measuring, reducing and compensating ...
#emissions

spaceref.com
British satellite scale-up Satellite Vu, founded in 2016, has successfully raised £15 million ($20.7 million), as it looks to ramp up its...
#data #sustainability-goals #emissions
View other issues