Greenhouse Gas (GHG) emissions are responsible for the climate change issue and their impacts worsening heatwaves, droughts, wildfires, floods, and more which are already happening today, these emissions increased at abnormal rates as a result of the industrial revolution in the 1850s. Carbon dioxide (CO2) emissions represent 76% of the GHG emissions which include Methane (CH4), Nitrous Oxide (N2O), also (US EPA, 2019). CO2 enters the atmosphere through burning fossil fuels (coal, natural gas, and oil), solid waste, trees, and other biological materials, and because of certain chemical reactions (e.g., manufacture of cement). 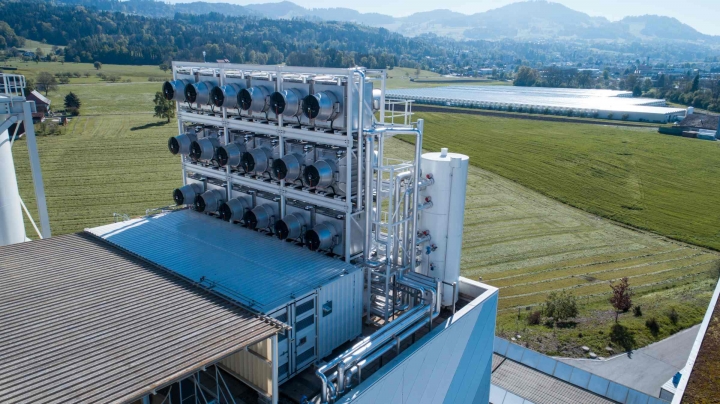 The recent report from the Intergovernmental Panel on Climate Change (IPCC) projects that in the most probable scenario, global temperatures will increase more than 1.5 degrees Celsius above pre-industrial levels by the early 2030s (from about 1.1C today) (IPCC, 2021). To reach net-zero global emissions before 2050, IPCC backs up to the use of carbon dioxide removal (CDR) technologies to various extents, and Direct Air Capture (DAC) is one of these technologies (IPCC, 2005). Carbon removal refers to sequestering existing CO2 out of the atmosphere, with methods ranging include planting trees as a simple way to building gigantic carbon-sucking machinery. The idea of capturing carbon dioxide (CO2) directly from the air has been thrown within climate change circles for well over a decade. In 2017, the ’direct air capture' technology, or DAC, was put to test in the first commercial plant in Switzerland.

The Direct Air Capture process is divided into two technology approaches which are used to capture CO2 from the air.
1. Liquid systems pass air through chemical solutions (e.g. a hydroxide solution), which removes the CO2 while returning the rest of the air to the environment.
2. Solid direct air capture technology makes use of solid sorbent filters that chemically bind with CO2. When the filters are heated, they release the concentrated CO2, which can be captured for storage or use.

The concentrated CO2 collected is routed for use or permanent storage and CO2-free air is released back into the atmosphere, In a continuous cycle. The CO2 can be permanently stored in deep geological formations or used in the production of fuels, chemicals, building materials, and other products containing CO2. When CO2 is geologically stored, it is permanently removed from the atmosphere, resulting in negative emissions. 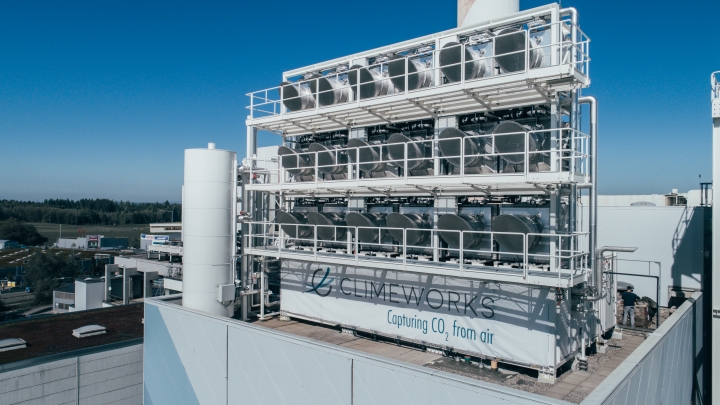 Moreover, there are many companies providing the services of DAC which include Carbon Engineering which provide Liquid solvent solutions for DAC, Climeworks, Global Thermostat, and Infinitree which provided Solid sorbent for DAC. Climeworks is one of the few offering the technology to basically vacuum the atmosphere of carbon.

In Europe, Climeworks is the only one running a commercial plant in Zurich, Switzerland, and a pilot plant in Iceland. Climeworks’ commercial plant in Switzerland removes about 900 tons of carbon dioxide per year and sells them to greenhouses while the Iceland pilot plant so-called 'the CarbFix project' is the only one that, after capturing an annual 50 tonnes of CO2, buries it in basalt rock, this is the first operating application of this type, turning CO2 into rocks within a couple of years through mineralization (CNBC, 2021). The EU is already funding DAC through the Horizon 2020 research project STORE&GO. In July 2018, another Direct Air Capture plant was launched in Troia, Apulia (Italy), within this project. Mitsubishi Heavy Industries Engineering is one of the largest companies for producing the DAC types of equipment in the world, it worked together with Kansai Electric Power Co, has already established, and commercialized its own post-combustion CO2 capture technology, the so-called KM-CDR Process (MHIE, 2019).

Nevertheless, there are many challenges faced by DAC technological systems, and that includes the cost of carbon removal which is still too high. The cost of DAC per ton of CO2 remains much higher than the cost of carbon pollution credits in the EU and other regions covered by carbon trading markets. In 2011, the cost of capturing a ton of CO2 from the air was estimated at around €440 ($600) (Socolow et al, 2011). In 2018, cost estimations were reduced to between €80 ($94) and €200 ($232) (Keith, et al, 2018).

Also, depending on the separation technology used DAC may need between 0.32 and 4.73 MWh per ton of CO2 removed from the air (Brandani, 2012), but there is a ‘fundamental disagreement on the actual amount of energy required’ (Haszeldine, et al, 2016). For a rough comparison, the capture of 90% of the CO2 generated in natural gas-fired power-plant would require 0.38 MWh/t CO2 (Mletzko, et al, 2016). DAC also requires considerable water input. To offset the non-mitigated CO2 emissions, DAC would require nearly as much water as used in a country the size of Italy, to remove 1 ton of Co2eq, DAC (e.g. amines) requires approximately 90 m3 of water (Smith et al, 2016 & Sandalow, et al, 2018).

There are many opportunities for increasing the demand for DAC technologies in the future. A growing number of companies are already doing that work and drawing in hundreds of millions of dollars in investment. At scale, their businesses will likely revolve around using captured CO2 as a raw material for manufacturing cement, chemicals, and other products. The captured carbon dioxide can be used to make fuel, plastics, even bubbles. Climeworks sells some of its captured carbon to Coca-Cola. Furthermore, oil producers like Exxon and Chevron are investing heavily in carbon capture because the carbon can be used to release trapped oil underground. Furthermore, carbon removal offers a new opportunity for the carbon credit market.

Right now, companies can get credits for avoided emissions, or lower emissions, but to reach net-zero, they have to not just lower, but remove carbon. DAC will need to be powered with clean energy and the captured CO2 to be permanently stored in order to achieve carbon neutrality.

asia.nikkei.com
Mitsubishi Heavy Industries returned to profit in the six months through September despite sluggish sales, as the company works to transf...
#hydrogen #carbon-capture
View other issues