The hydrogen market is rapidly expanding due to new policy efforts in the EU, US, and Middle East. New entrants and established companies are partnering to deliver projects with new technology, transport and storage infrastructure, and hydrogen market access.

We have a hydrogen business today, more than $2 billion. We expect to see that, I'm going to say quadruple, over the next 10 to 15 years. We have a very strong aspirations to move in that direction and we've seen great momentum building up in the broader macro level. Source: Sanjiv Lamba, Goldman Conference

Linde was an early leader in geologic and above ground storage for hydrogen and continues to adopt new technologies and techniques as the market expands. Linde offers a whole suite of technology and product for blue hydrogen.

If you think about blue [hydrogen], any country that today has natural gas resources has the option to look at, indeed, I'd say must look at blue [hydrogen] as the interim solution until we get to a point where you've got green [hydrogen] at scale. Source: Sanjiv Lamba, Goldman Conference 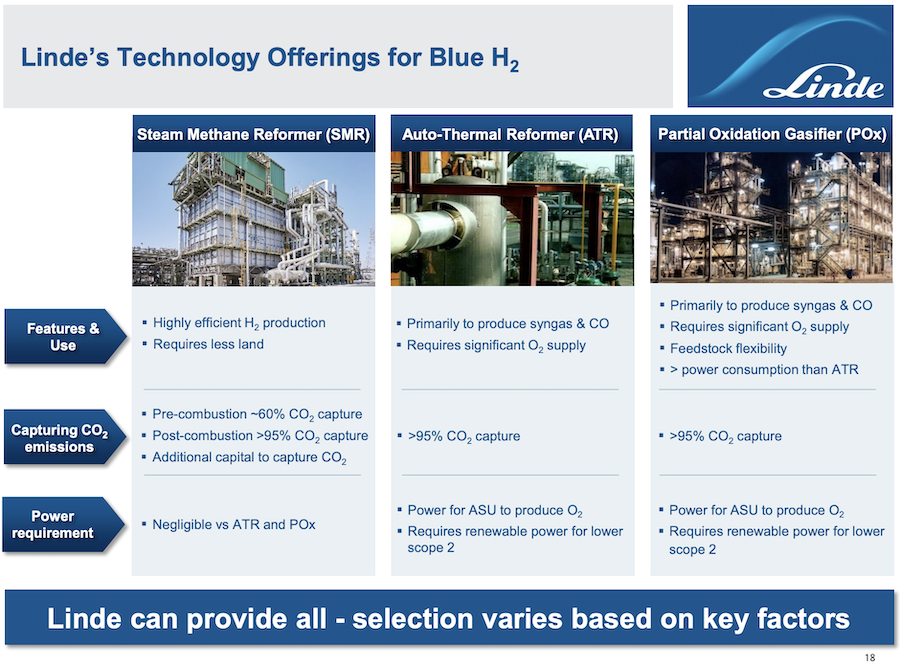 Air Products owns and operates over 600 miles of hydrogen pipelines across the Gulf Coast of the US. The company also owns nearly 50 miles of pipeline in Canada.

Transporting hydrogen is a critical component to the hydrogen value chain and Air Products is a clear leader. Much of the infrastructure was developed for gray hydrogen; however, the company is expanding blue hydrogen projects in Canada and Louisiana using existing infrastructure. One of the Largest Green Hydrogen Projects in the World: thyssenkrupp Signs Contract to Install Over 2GW Electrolysis Plant for Air Products in NEOM

www.zeroavia.com
As the company moves closer to commercialization of its hydrogen-electric technology, ZeroAvia has secured a new raise of $35 million to ...
#transportation #venture-capital

www.axios.com
The Amazon Climate Pledge Fund announced investments in two new companies on Tuesday, both as Series A funding rounds made alongside othe...
#shipping #venture-capital

www.reuters.com
Spain will allocate 6.9 billion euros ($7.8 billion) to renewables, green hydrogen and energy storage in the next two years and aims to a...
#hydrogen #wind #energy-storage #solar
View other issues