Chevron's agreement to acquire Renewable Energy Group (REG) for $3.15 billion is another step for the company to lower its carbon intensity and reach renewable fuels production targets.

The transaction is expected to accelerate progress toward Chevron’s goal to grow renewable fuels production capacity to 100,000 barrels per day by 2030 and brings additional feedstock supplies and pre-treatment facilities.
Source: Chevron

Fuel consumption in the industrial sectors is a critical area to decarbonize. REG's biodiesel markets are seeing active European incentives along with US state incentives for cleaner fuel standards. California's Low Carbon Fuel Standard (LCFS) is one of the more mature incentives since it became effective in 2011 and other US states use the LCFS as a reference model for policy adoption. 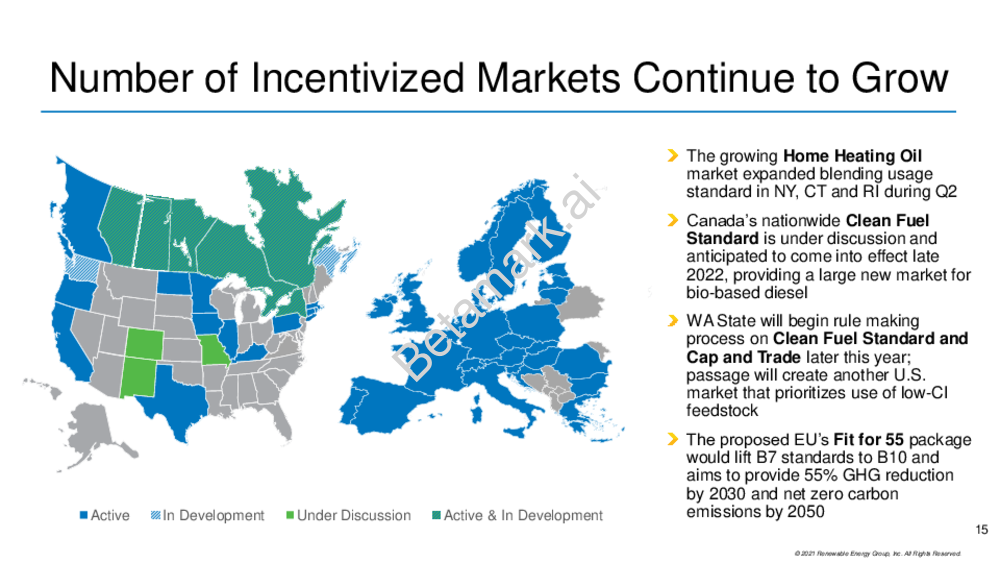 Energy companies are aggressively pursuing opportunities to lower their operations carbon footprint and deliver low carbon solutions for industry. With the acquisition of REG, Chevron now has a low carbon intensity fuel that has high energy density. 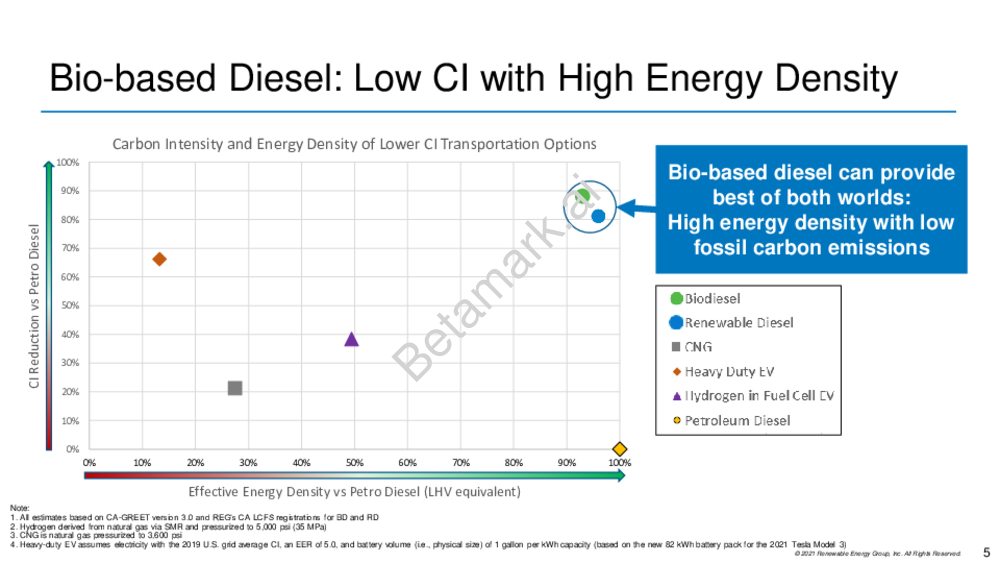 Biofuels allow companies to solve carbon intensity in the transportation sector and in certain jurisdictions, receive credits for reducing emissions. Credits for LCFS in January 2022 ranged from about $140 to $209 per credit.

You can find previous coverage of biofuels and biodiesel:

www.environmentalleader.com
In an effort to create projects that use clean hydrogen to decarbonize heavy transport, increase the use of renewable energy and decrease...
#hydrogen

www.naturalgasintel.com
Houston’s Talos Energy Inc., which has envisioned carbon capture projects on the Gulf Coast, clinched an agreement with a Louisiana lando...
#carbon-capture

www.bizjournals.com
And the success of a carbon capture/storage and hydrogen hub will depend in large part on the availability of a cheap and easy-to-obtain ...
#carbon-capture #hydrogen

www.marketscreener.com
Carbon Capture, Utilization and Storage (CCUS) is an essential part of the global energy transition and Tenaris is developing and enhanci...
#carbon-capture
View other issues