Hundreds of cargo ships are parked off the coast of the Long Beach port waiting to be unloaded. The coast guard is investigating if one of these ships dropped anchor in the wrong place causing damage to the pipeline. 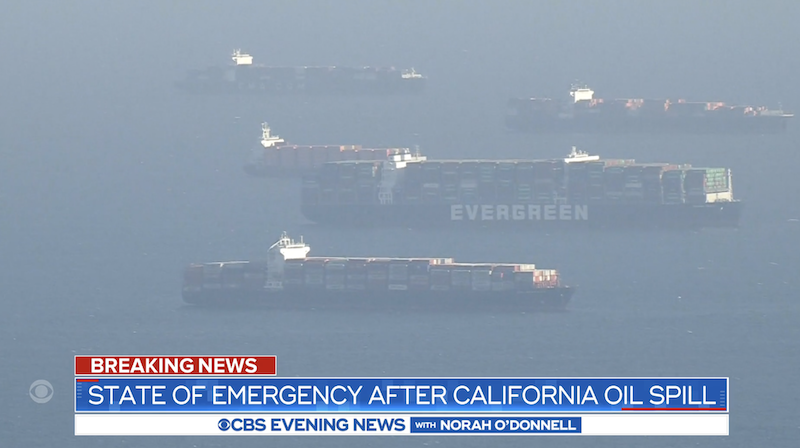 Nearly 100 feet of the pipeline is displaced according to the President and CEO of Amplify Energy Corp, Martyn Willsher. The company's stock tumbled -45% from $5.74 at close on Friday to $3.22 on open Wednesday.

Although the company is proactively engaging the regulators, coast guard, and community, the economic damage of shut-in production along with the remediation costs may be difficult to overcome.

The oil spill has drifted along the California coast line. It is described as "ribbons of oil" or patches that are 100 of yards or miles apart.

View more on the CBS video.

Delta Purchases More than $1 billion Worth of Sustainable Aviation Fuel

www.environmentalleader.com
Delta Airlines has entered into a 10-year contract with renewable fuels company Aemetis, worth more than $1 billion, to source sustainabl...
#sustainability-goals #transportation

finance.yahoo.com
Prices have more than doubled in the past year, according to a Benchmark Mineral Intelligence index of lithium carbonate and hydroxide. D...
#lithium

whbl.com
The global auto industry’s shift to electric vehicles (EVs) has spurred an expansion race among battery makers, and caused a growing a sk...
#electric-vehicles #batteries
View other issues