BP is targeting to start production by 2025 and said the final investment decision on the project is expected in 2023. According to BP, industries in Teesside account for 5% of UK's industrial emissions and the area is home to five of the country's top 25 emitters.

“Low carbon hydrogen will be essential in decarbonizing hard-to-abate industrial sectors including heavy transport. Together, HyGreen and H2Teesside can help transform Teesside into the UK’s green heart, strengthening its people, communities and businesses. This is exactly the type of energy we want to create and more importantly deliver.”
Louise Jacobsen Plutt, senior vice president for hydrogen and CCUS, bp

Sinopec is investing in the low-carbon development with a green hydrogen project in the Xinjiang Uygur Autonomous Region. The company anticipates the project to deliver first green hydrogen in June 2023. 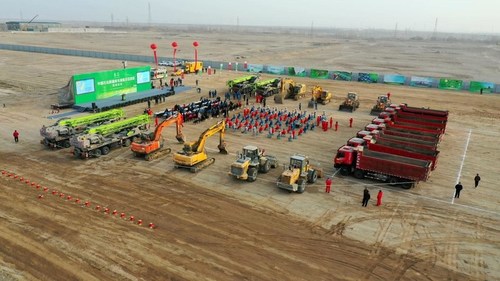 Sinopec is currently producing approximately 3.9 million tons of hydrogen per year. The company will use equipment and material from China to develop China's hydrogen industry.

"Hydrogen energy is one of the sources of clean energy that has the most potential for development. This pilot project gives full play to Xinjiang's advantage in its wealth of resources and is a key project for Sinopec to build a No.1 hydrogen energy company. It's also a major strategic achievement for local-enterprise cooperation and is of great significance to promoting social and economic development in Xinjiang, advancing energy transformation, ensuring China's energy security and supporting the sustainable development of the global economy," said Ma Yongsheng, president of Sinopec.