NEW YORK, Nov. 4, 2022 /PRNewswire/ -- Speaking at the Financing Wind North America 2022 conference, Chris Griffin, CEO and Co-Founder of Hover, today announced that full scale commercial production of its Wind Powered Microgrid™ solution will begin in January 2023. With more than a dozen large scale installations in the late planning stages, Hover expects the first production run of turbines to be shipped immediately for installation. The company plans to ramp up production throughout the year to meet ever increasing demand by clients looking to gain energy security, achieve greater carbon offsets and lower their power costs. 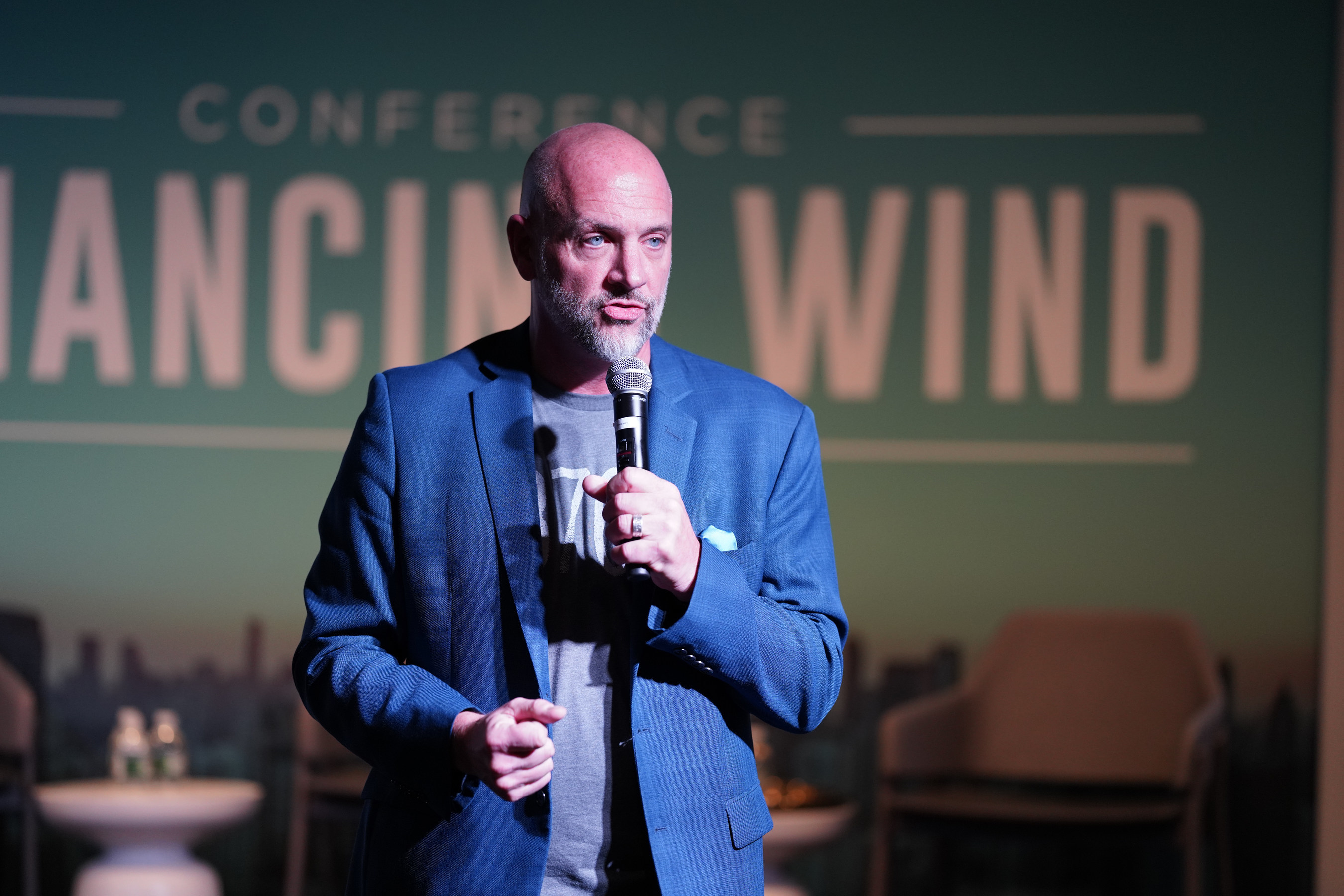 The Hover Wind Powered Microgrid™ features a combination of wind and solar energy generation. The centerpiece of the microgrid is Hover's patented 36kW wind turbine. Installed as an array on the windward edge of a building's roof, the ground-breaking aerodynamic design uses the building as a sail and delivers commercial scale power. A direct drive generator reduces friction and allows for low cut in speeds. The solar photovoltaic array installed in the center of the roof acts as a complement to the turbine array, generating power during daylight hours. The energy captured by both sources is directed to Hover's Integrated Energy Management System where the energy is combined, cleaned and converted into 3 phase AC power, directly linked to the building management system. Excess power, such as power generated at night, can be stored in electric batteries.

Testing has shown a Hover Wind-Powered Microgrid™ can offset 100% of a building's power consumption in most cases. Time of use remains the only challenging factor, as with any microgrid.

Hover's CEO Chris Griffin emphasized the importance of this step in Hover's journey. "There is constant experimentation in the renewable energy sector, but only a small percentage of these ideas make it through testing and are made available to the market at scale. Hover spent nearly 8 years in R&D, followed by two years of rigorous testing at our installation site in St. Petersburg, FL. We know of no other wind technology that has survived two hurricanes (i.e. Ian) and is still functioning properly. Fully confident in our technology, we are thrilled to kick off scale manufacturing, which will take place in Memphis, TN."