HOUSTON, Oct. 10, 2022 /PRNewswire/ -- Syzygy Plasmonics announced today that it launched CarbonModel.com, an online tool that organizations can use to calculate the carbon intensity of hydrogen and levelized cost of production. This free, opensource calculator enables users to quickly assess multiple hydrogen production pathways and acts as a first step in the user's journey from ideation to project execution. It focuses on cradle-to-gate greenhouse-gas (GHG) emissions and simplifies early analysis of hydrogen production projects. 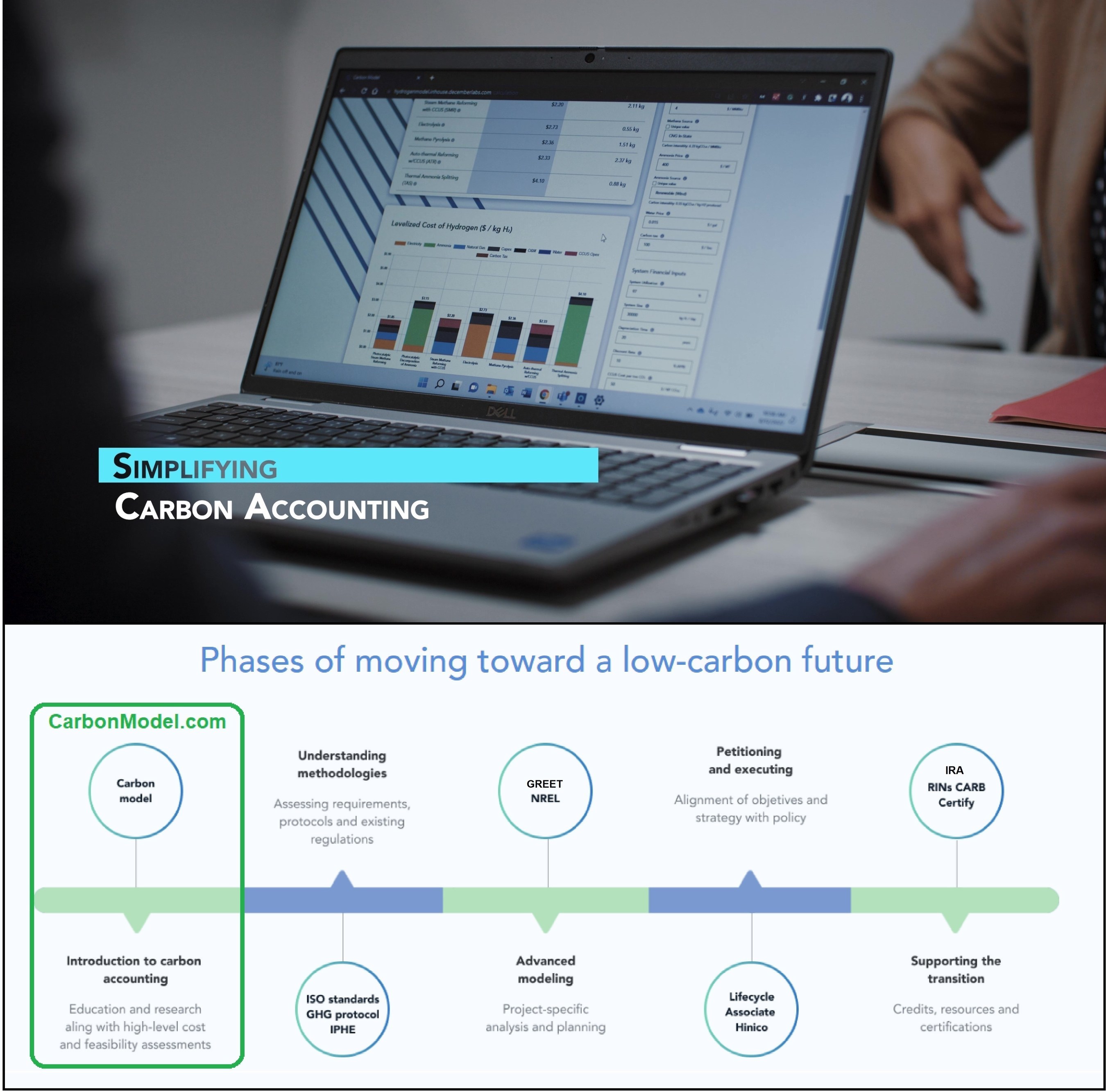 Interest around hydrogen production has never been higher, due in large part to the clean hydrogen tax credits included in the recently passed Inflation Reduction Act (IRA). New and existing hydrogen producers, consumers, and project developers are actively seeking to identify and quantify the impacts that the tax credits will have on project economics and feasibility. The Greenhouse gases, Regulated Emissions, and Energy use in Technologies (GREET) Model from Argonne National Laboratory is the official model that will be used to qualify a project for tax credit eligibility. However, going through that process is both labor and time intensive. Interested parties need a straightforward way to screen multiple technology alternatives and help guide resource allocation for new projects and businesses.

CarbonModel.com offers a user-friendly tool that estimates GHG emissions and project costs in as little as 60 seconds. Organizations can use the carbon intensity and cost estimates from CarbonModel.com to help them quickly determine which projects are favorable and whether they should commit to full project analysis using the GREET Model.

"The IRA is a major tailwind that will accelerate the energy transition and hydrogen adoption," said Syzygy CEO Trevor Best. "Existing hydrogen producers now have the fiscal support needed to sanction new projects. And companies that had been mulling hydrogen as a new business are incentivized to move more quickly. Both existing and new entrants in the hydrogen market want to know if their hydrogen is clean enough to qualify for IRA tax credits. They need to weigh credit generation potential heavily in their investment decisions."

"The tools that examine specific processes are demanding and complex," commented VP of Finance and Corporate Development Murtuza Marfani. "They typically require significant knowledge, time, and investment to operate. That can cause delays in the sanctioning of projects or even disengagement if the mechanisms and factors for credit generation are not quickly understood. CarbonModel.com simplifies early-stage analysis. We see it contributing to the momentum from the IRA by enabling organizations to quickly assess project viability. It will also help them address any gaps in knowledge before committing to full-project modeling."

Syzygy Plasmonics is eliminating the need to burn fossil fuels in chemical manufacturing. Instead of heat from combustion, the company's novel reactors use highly efficient LEDs to drive chemical reactions. Its platform technology reduces emissions in the production of chemicals, fuels, and fertilizers while also controlling costs. Learn more about Syzygy Plasmonics at https://plasmonics.tech/ and more about CarbonModel.com at https://carbonmodel.com/.