SACRAMENTO, Calif., Sept. 20, 2022 /PRNewswire/ -- Infinium, a clean fuels innovator, announced an agreement today with Amazon to begin using Infinium Electrofuels in the retailer's middle mile fleet as an ultra-low carbon alternative to traditional fossil fuels. The clean burning electrofuels will be produced for Amazon at one of the world's first electrofuels production facilities, located in Texas. 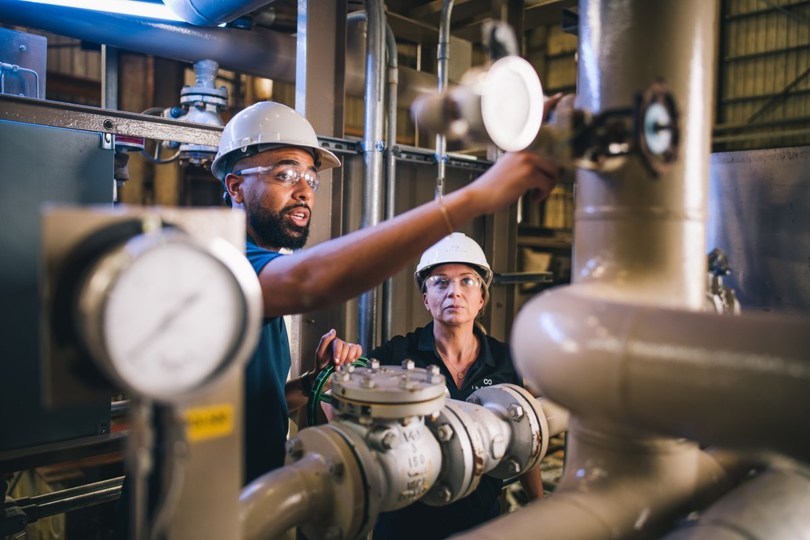 Infinium Electrofuels, which are produced from carbon dioxide (CO2) waste and renewable power, can be dropped into Amazon trucks with no engine modifications as an immediate replacement to petroleum-based fuel. These electrofuels dramatically reduce greenhouse gas (GHG) emissions over traditional fossil fuels, making them among the strongest ultra-low carbon alternatives to traditional fuel without requiring costly engine modifications.

"We're thrilled Amazon has chosen to begin powering its middle mile fleet with Infinium Electrofuels to help meet their corporate net zero carbon goal," said Infinium CEO Robert Schuetzle. "This significant milestone is a strong testament to the many ways electrofuels will help transform commercial transportation for all industries and is a huge step forward in reducing harmful greenhouse gas emissions on our planet." 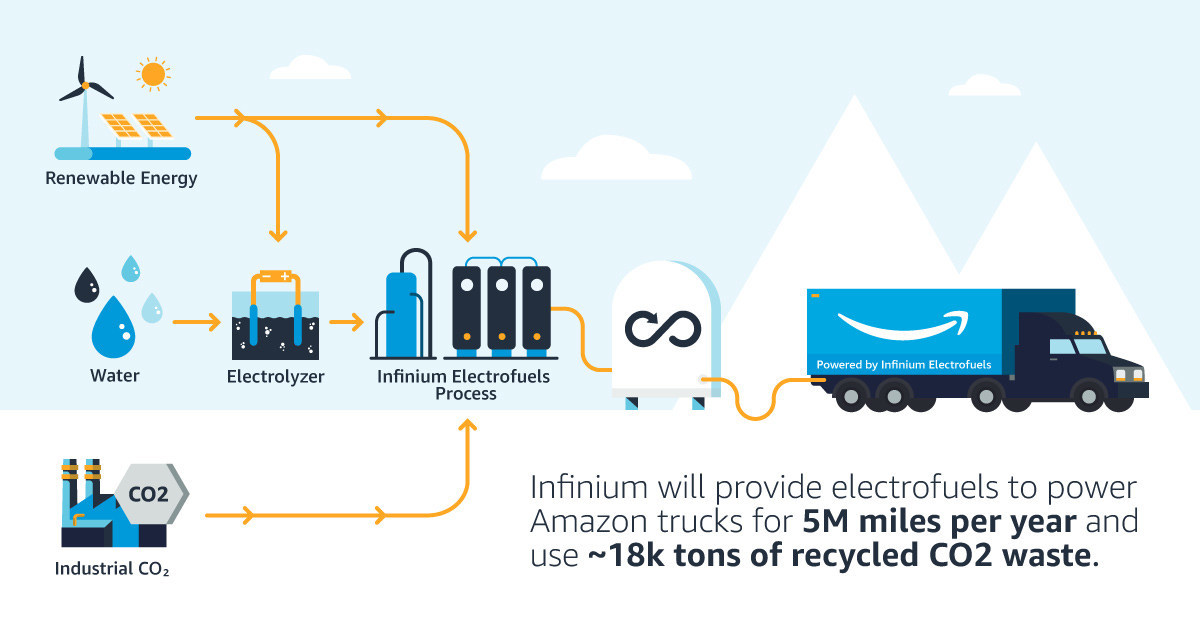 With the transportation sector accounting for approximately 25 percent of all CO2 emissions globally according to the UN Environment Programme, the ability to reduce emissions from trucks, airplanes and ships without modifying existing infrastructure is critical to reaching a decarbonized world and a vision of net-zero CO2 emissions.

"This agreement with Infinium can help Amazon take important new steps to reduce carbon emissions from our transportation network and deliver packages to millions of customers more sustainably," said Kara Hurst, Vice President of Worldwide Sustainability at Amazon. "We're excited to begin using electrofuels in our middle mile fleet next year, which will also put us closer to our goal of net zero carbon by 2040."

The Infinium Electrofuels production facility in Texas will use approximately 18,000 tons per year of CO2 waste that would have otherwise been released into the atmosphere, producing enough electrofuels to power vehicles in Amazon's middle mile fleet for approximately 5 million miles per year. The Infinium facility is due to begin production in 2023, and Amazon plans to initially begin using the electrofuels in the Southern California region.

"We all need to do our part to reduce greenhouse gas emissions and mitigate the effects of climate change," added Schuetzle. "We appreciate how committed our industry partners like Amazon have been in embracing new technologies and we are confident that Infinium Electrofuels will play a significant role in our collective journey to a decarbonized, renewable energy economy."

Amazon previously supported Infinium's development of electrofuels technology through two rounds of investment through Amazon's Climate Pledge Fund, a $2 billion venture investment program that specifically invests in companies building technologies, products and services that will help Amazon and others accelerate the path toward net zero carbon future. While the new agreement is focused on providing Infinium Electrofuels for Amazon's middle mile fleet, Electrofuels can also be used to power airplanes and used as an ultra-low carbon fuel alternative in the production of plastics and other industrial materials.

Infinium is a clean fuels innovator with a mission to decarbonize the world. Our proprietary ultra-low carbon Electrofuels are a drop-in fuel alternative for trucks, planes and ships and are designed to reduce harmful carbon dioxide emissions by upwards of 100% over petroleum fuels. Electrofuels can also be used as a clean alternative in chemical manufacturing processes like plastics production that typically use traditional petroleum-based fuels. Infinium's proprietary production process follows environmentally responsible protocols, leveraging industrial carbon dioxide waste, renewable power and 'green' hydrogen. With investment from leading green energy partners like Amazon, Electrofuels production is scheduled to begin in select markets in 2023. https://www.infiniumco.com

The Climate Pledge Fund is a $2 billion venture investment program launched by Amazon in June of 2020, which supports the development of visionary sustainable technologies and services that will enable Amazon to reach its goal of net-zero carbon by 2040 and help facilitate the transition to a low-carbon economy.
https://sustainability.aboutamazon.com/about/climate-pledge-fund